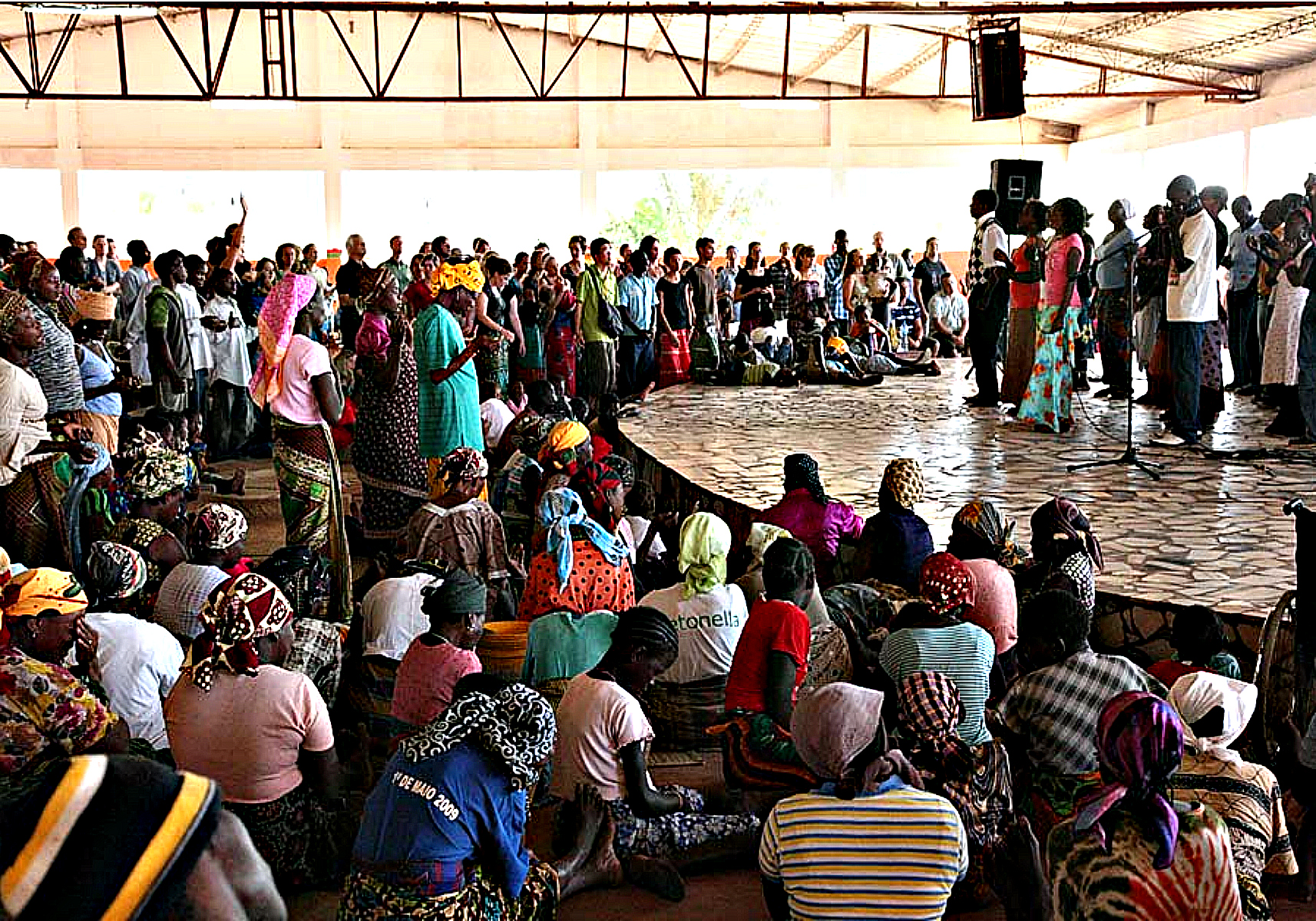 Rolland and Heidi Baker began Iris Ministries, Inc., an interdenominational mission, in 1980 and have been missionaries for the past twenty-five years. They were both ordained as ministers in 1985 after completing their BA and MA degrees at Southern California College in Biblical Studies and Church Leadership. Rolland is a third-generation missionary born and raised in China and Taiwan. He was greatly influenced by his grandfather, H.A. Baker, who wrote “Visions Beyond the Veil,” an account of the extended visions of heaven and hell that children received in his remote orphanage in southwest China, two generations ago.

Heidi was powerfully called to the mission field when she was sixteen and living on an Indian reservation as an American Field Service student. She was led to the Lord by a Navajo preacher. Several months later she was taken up in a vision for several hours and heard the Lord speak to her and tell her to be a minister and a missionary to Africa, Asia and England. When she returned home to Laguna Beach, California, she began ministering at every opportunity and leading short-term mission teams. Rolland and Heidi met at a small charismatic church in Southern California and married six months later after realizing they were united in their calling and desire to see revival among the poor and forgotten of the world.

Rolland and Heidi spent twelve years in Asia. The first six years they led Christian dance-drama crusades in Philippines, Taiwan, Indonesia, and Hong Kong. They made use of their backgrounds in creative media and the performing arts, and saw thousands come to Jesus.

After meeting Jackie Pullinger-To and working with her ministry to drug addicts in Hong Kong, however, they had a strong feeling that the Lord wanted to change the direction of their ministry. Their hearts were increasingly broken for the poor and unwanted. They wondered about their crusade converts and wanted to concentrate more on the specific daily needs of those to whom they ministered. This was a time of change. They began to plant works among the poor–first in the slums of central Jakarta, Indonesia, and then among forgotten streetsleepers and elderly in the most crowded urban area in the world, central Kowloon in Hong Kong. God was giving them His heart for the poor and abandoned.

In 1992 they left to do their PhDs in systematic theology at King’s College, University of London.  At the same time they planted a church among the homeless, drug addicts and alcoholics who lived on the streets in central London.

In 1995, after twenty years of praying and waiting, they arrived in Mozambique, the poorest country in the world. The government offered Iris Ministries a horribly dilapidated and neglected “orphanage,” and with no promised support for such a project they simply said, “Yes, we’ll take it!” They began with eighty children, but their hearts were broken for the lost and abandoned children still on the streets of Maputo. After many years of brutal civil war, thousands were left orphaned, displaced and abandoned. The Mozambican and foreign staff of Iris Ministries began to pick up and take in these lost children. God poured down His love and provided food day by day. They grew to 320 children. They planted a church in the community and began to see hundreds turn their hearts to the Lord.

The former communist directors of the government orphanage were furious ever since the Bakers took over, since their extreme corruption and thievery had been stopped. Scheming together with an equally corrupt faction of the government, they concocted accusations and issued a legal decree to Iris Ministries forbidding prayer and worship, Christian singing, etc., and all forms of “unapproved” food and clothing distribution and medical assistance. If they and their children did not obey these new rules, they all had forty-eight hours to leave. Heidi was also told that there was a contract out on her life, and that she was not allowed back on the property. Overwhelmed and exhausted by the fight, they had to evacuate to their office in the city.

At the center the children entered the dining room, which had also been used as a church, and began singing praise and worship songs at the tops of their lungs! They were beaten and told they were not allowed to worship God! One-by-one they began to walk the twenty miles to the city office. They told Papa Rolland and Mama Aida that they would go wherever they were because they wanted to worship God! Not knowing what to do, they all cried out to God in total desperation. They had lost everything. There was no place for them to go. There was not even a pot to cook for all these children! A friend, Nelda Lawrence from the U.S. Embassy, came over with some chili and rice for the Baker family. Heidi said, “We have a very large family!” Nelda said, “No, no this is only for you and your two children.” Heidi said, “We have a lot of children and the Lord said there would always be enough!” They prayed over the pots of food and told the over fifty children to sit down. Everyone ate and was full, including the Bakers!

Since this background article was written, Iris Ministries has expanded to over 5,000 churches all over Mozambique and into neighboring countries. The disastrous flooding of 2000/2001 catalyzed an overwhelming hunger for the things of God in the refugee camps where we ministered, and the Gospel continues to spread like wildfire. We now care for almost 2,000 children at our centers, and our churches are taking in orphans as well. Jesus is revealing Himself through signs and wonders, visions and dreams, and we have never seen such a harvest before us. May the Lord of the harvest send us workers!