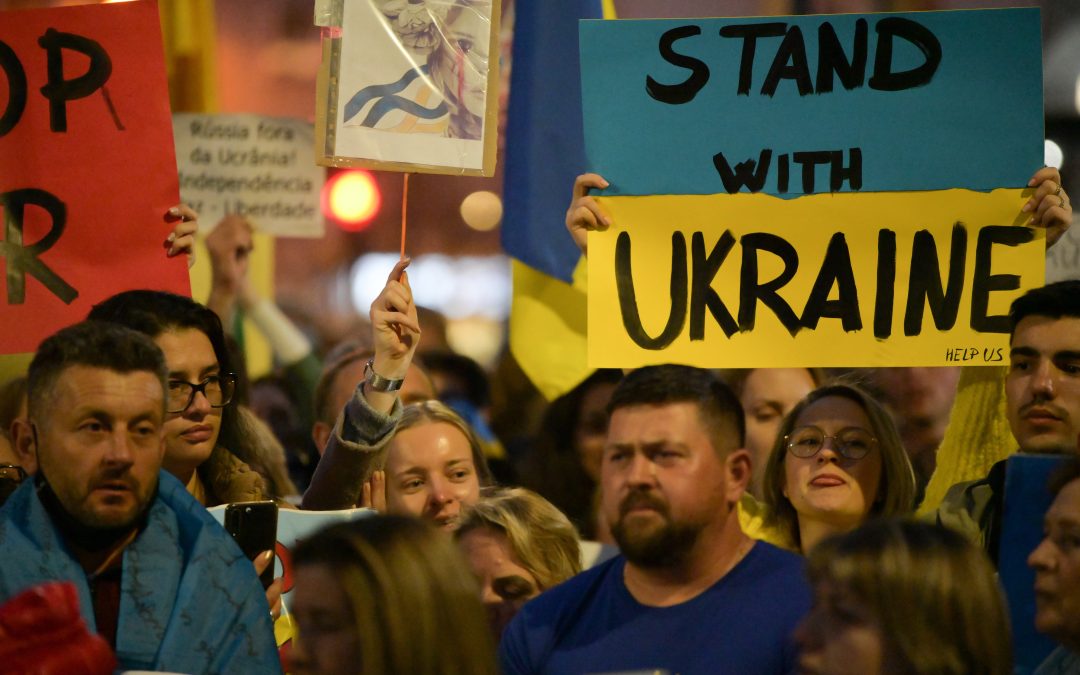 Russia’s war on Ukraine has had an enormous humanitarian impact.

The estimated number of Ukrainians displaced from the ravages of war is 10 million. They lead to one of Europe’s most significant crises in decades. Residents are fleeing to neighboring countries like Poland, Hungary, and Moldova for relief. But that is also putting extra stress on those nations. The United Nations is gearing up for assisting around seven million refugees. A further seven million people are internally displaced.

The attacks from Russia have been in Ukraine’s most populated areas. Many civilians have to seek refuge from fallout in nearby subway stations. This has left those remaining without water, electricity, and access to basic supplies. In the middle of the war, COVID-19 remains a concern. “The country’s health services are already stretched thin. Accessing treatment will be increasingly difficult,” said the Council on Foreign Relations.

Christians are experiencing the added burden of religious persecution. There were sections of Ukraine already under the control of Russian separatists. Protestant churches dealt with restrictions like eliminating church services and banning books. Freedom of religion in Ukraine has been under attack for the past eight years of Russian control. Hymnals and books written by Billy Graham and Charles Spurgeon are forbidden in the Luhansk region.

Release International says the occupied regions of Donetsk and Luhansk “face limitations on their freedom of religion and belief.” Those communities known to be Christian have also been under surveillance. They have experienced electricity, water, and gas cut-offs to their places of worship.

Tatiana Gumenyuk is a Christian and known prayer warrior living near Kyiv, Ukraine. Bombs explode a few miles away from her home. But she refuses to give up “the peace that God instilled in her through her parents,” reports Charisma News. Even under the stress of war, “she knows that God is in control and that she is ready to meet Jesus at any time.” She believes the spiritual implications of Putin’s invasion are significant.

To Gumenyuk, the Protestant presence in Ukraine is likely the largest found in Europe. “People have kept the faith through communism. They have stayed here and evangelized, and the church has grown.” But Christians will be affected if Russia continues to take control over Ukraine. Author and theologian Bradley Nassif has concerns. What will happen if the Russian Orthodox Church has the power to rule over the fate of the Ukrainian Orthodox Church? He believes the political war could become a massive religious conflict.

Christian Life Missions is determined to assist Christians experiencing oppression during this conflict. They have been supporting ministries since 1956. They help the Christians in Ukraine through ministries they know and trust. They directly help believers in the region under persecution. And aid vetted smaller churches doing the same for Ukrainians.

One of these sister missions is CityServe. They serve Christians in Poland, where Ukrainians have relocated. CityServeis focused on providing meals for residents in need. Their goal is one million meals. They dispense medical supplies, find housing for refugees, and preach the Gospel. All to provide much-needed hope for those suffering.

Christian Life Missions is familiar with war conflicts. The missionary thrust of the organization began during the Korean War. One of the Christian Life magazine’s reporters released a story about the war that got much attention. This formed a non-profit to help Korean villagers with essential supplies and Bibles. Today this non-profit organization is called Christian Life Ministries. 100% of donator’s funds go to their designated cause. In almost 70 years, they have sent over 10 million dollars to Christian causes.

As the war in Ukraine continues to develop, the full extent of the unmet needs that will evolve is unknown. Persecution has been present in the area for many years and will only worsen with this conflict. The history of Christian Life Missions can give you confidence if you’re looking for a reputable organization where you can donate to help the Ukrainians.