Why We Should Bless Israel as We Enter Year 5778 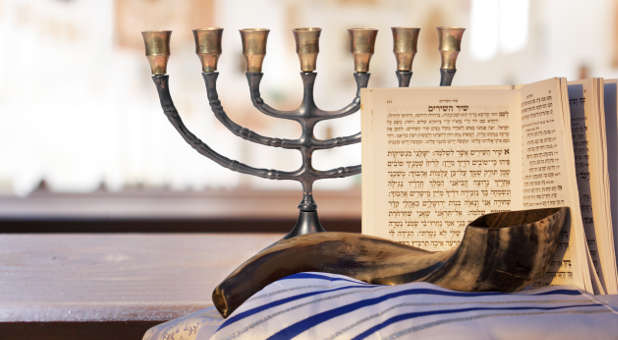 As the Jews enter year 5778, we have an opportunity to bless Israel through our nonprofit partner, Christian Life Missions. In the past two decades, we have raised hundreds of thousands of dollars for Israel, paying for items ranging from an ambulance through Magen David Adom, Israel’s first responders, to prefabricated bomb shelters in cities such as Sderot. There, residents have only a few minutes to run for shelter when the air raid sirens sound, indicating mortar rockets are on their way.

We’re not alone in our desire to bless Israel and the Jewish people, but our efforts pale in comparison to those of Mike Evans and John Hagee, among others, who have raised millions of dollars for various projects in Israel. Nonetheless, we must do what we can, and we can accomplish more together than individually. So I invite you to bless Israel this month by participating in our next project to help Jews in the Ukraine make aliyah (move to Israel) through a ministry called Ezra International.

In the past 22 years, Ezra International has helped more than 58,000 Jews make aliyah. The ministry is currently working with another 39,000 Jews from the former Soviet Union countries and other parts of Europe and South America who can’t afford the average $360 per person it takes to move to Israel. My longtime friend Pastor Gary Cristofaro tells me the average cost for a couple is $720, and for an entire family, it’s $1,440.

Mel Hoelzle founded Ezra International in 1995 and remains the organization’s president. Gary told me that Ezra International has a four-star charity rating with Charity Navigator, so you can give with confidence. We will raise the money through Christian Life Missions on our website and in other ways, send you a tax receipt for your gift and forward 100 percent of the money to Ezra International.

Our goal is to raise $30,000, which would allow us to sponsor 26 families or 83 individuals. In order to encourage more donors to give, Christian Life Missions has pledged to match each gift up to a total of $15,000. That means half our goal is already committed, so it doubles your donation and helps us move faster to meet our goal. Of course, we hope to raise much more, and if we do, we will sponsor as many Jews as the gifts will provide.

Think of how this will show love for the Jewish people—Christians giving sacrificially to help Jews fulfill their dreams of moving to Israel. It is a tremendous witness for Christians to show love to Jews, many of whom still see Christianity in the light of forced conversions, the Spanish inquisition, the Crusades and various forms of anti-Semitism.

Please make out checks to Bless Israel Project, ℅ Christian Life Missions, 600 Rinehart Road, Lake Mary, FL 32746. Or you can call 407-333-7111 during office hours to give or online at https://christianlifemissions.org/newsite/causes/charisma-cares-bless-israel/

Won’t you help us show our love by helping the Jews who want to make aliyah? Remember, the Bible says God will bless those who bless Israel (see Gen. 12:3).