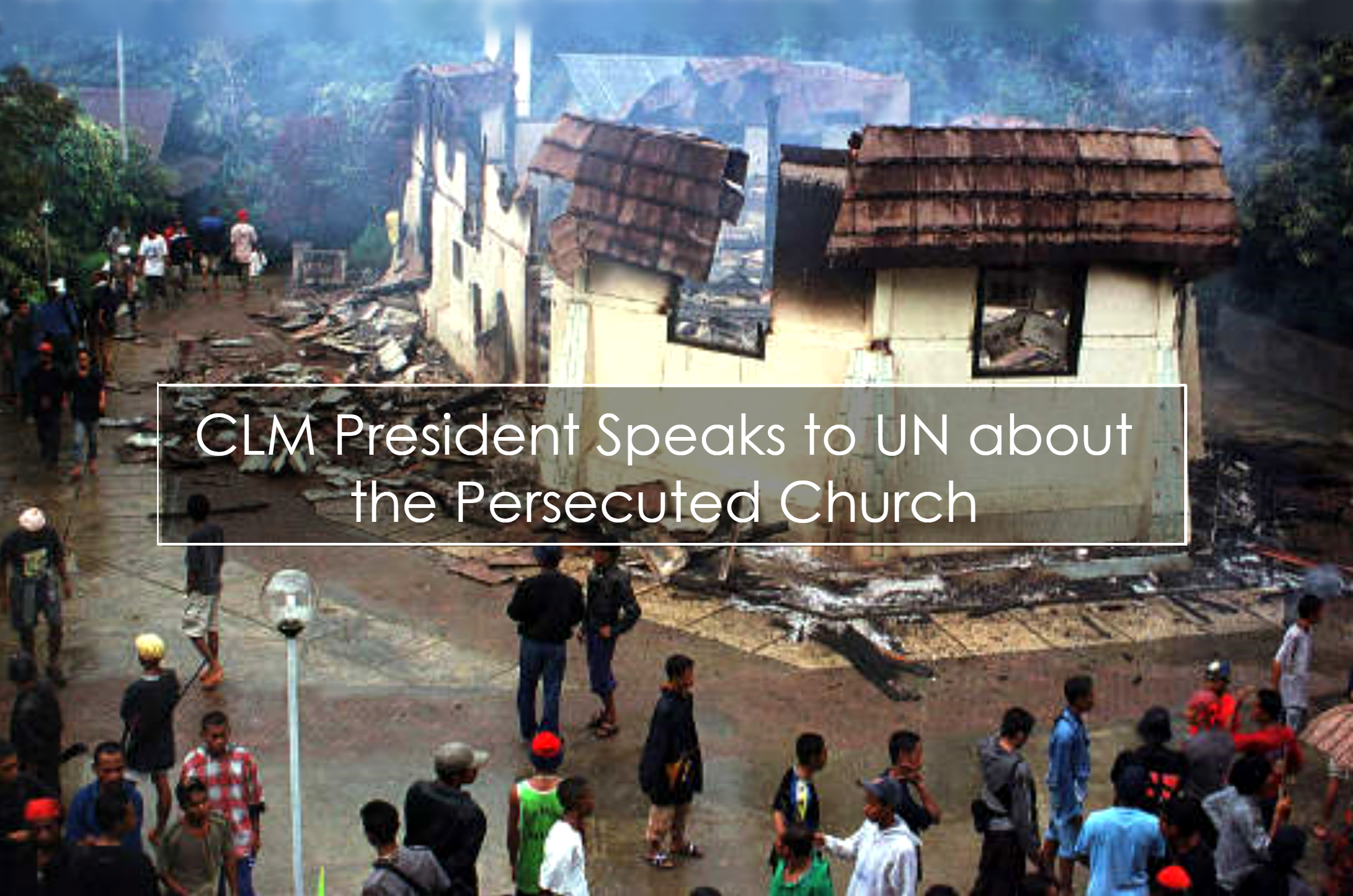 Today, the United Nations in New York City will host an event regarding the worsening persecution of Christians in the Middle East.

The event is called, “Not Peace but a Sword: The Persecution of Christians in the Middle East as a Threat to International Peace and Security.” I’ve been asked to speak on a panel at an event on how the media has often not covered this story. I will report on this important meeting.

The event, featuring the voices of ambassadors, Christian and Jewish leaders, businessmen and high-ranking military officials, is being held to raise awareness of the persecution of Christians throughout the globe.  To watch the live stream of the event click http://webtv.un.org/. My speech will begin at 5:28 pm EST.

Each year, 100 million Christians suffer persecution, imprisonment and even death for their sacred religious beliefs. According to The Voice of the Martyrs, a ministry dedicated to assisting the persecuted church worldwide, “more people have died for their faith in Christ in the last 100 years” than in the previous 19 centuries combined.

A century ago, Middle Eastern Christians represented about 20 percent of the population. Now they represent about 4 percent. In Iraq in 1990, before the Gulf War, there were about 1.4 million Christians. Now there are about 200,000 and the head of the Catholic Chaldean Church in Kurdistan says Iraqi Christians have “little time left.” We are literally watching the genocide of Jesus’ followers in the Middle East.

Recently at an invitation-only international meeting of Christian leaders, I interviewed leaders from three different Muslim nations. They told shocking stories of atrocities they knew personally had happened. Those of us who attended were shocked and heartbroken. Later, I approached them and asked to interview them so I could report here what they said.

For their security I’m giving no names and not listing nations. But these leaders are well-known to me. I believe these reports are true.

Later I plan to report more specifics from these interviews. They explain that moderate Muslims are also targets of radical Muslims. They also say many moderate Muslims are friends to Christians. However, the persecution is increasing on many fronts, including things such as churches having more difficulty finding places to rent in big cities for services or not being allowed to find land to build churches. In spite of this the church is growing in many places.

Here are a few bullet points on actual persecution these leaders told me is happening. I recorded the interviews so these are slightly edited versions of the transcripts in their own words:

As you can see, the persecution is serious. These reports are not from journalists. They are from Christian leaders who know what is happening and agreed to tell me if I would guard their identities.

But there’s another side to this story that is not being reported in secular or Christian media: The persecution is resulting in many Muslims coming to Christ in these countries partly because the Christians are responding with love and forgiveness.

That is the subject of another Strang Report. So stayed tuned.