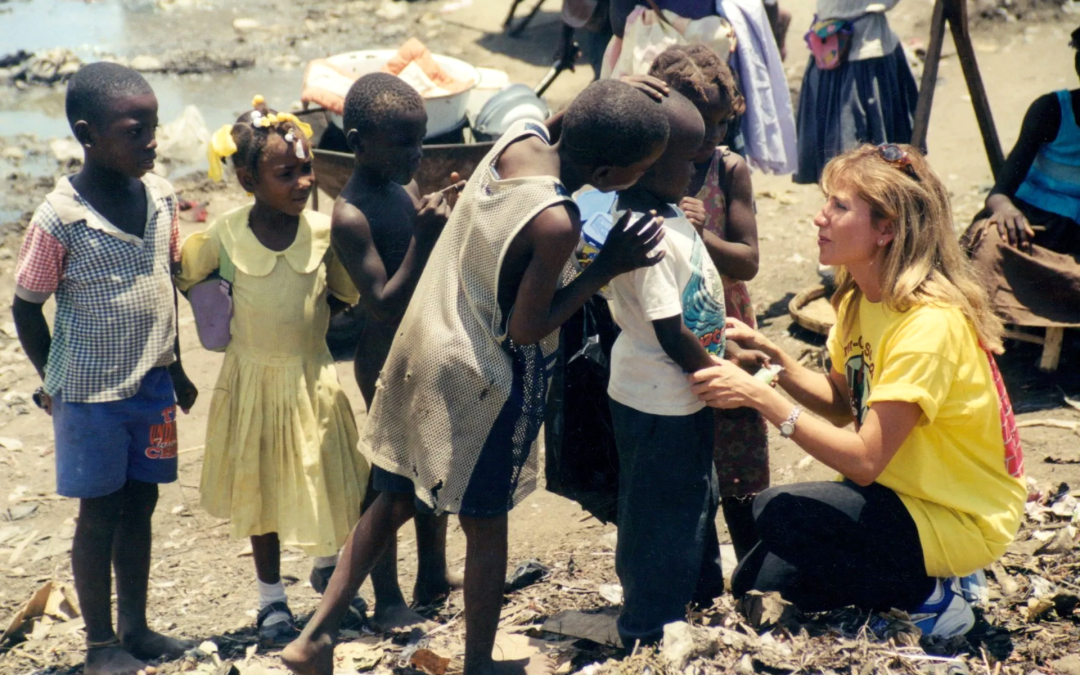 Haiti has a history of coping with impoverished conditions. Like similar complex situations, poverty doesn’t result from one single factor. There is political oppression, illiteracy, and a large population in a small country. Also, physical characteristics like soil erosion have burdened the country’s financial state.

Natural disasters can devastate a country of any level of financial wealth. When the 7.2 magnitude earthquake hit Haiti in 2010, the effect was catastrophic. Twelve years later, the country has still not recovered. President Jovenel Moise was assassinated in 2021. Throughout these events, gang activity is rampant, leading to many kidnappings and much violence. Haiti’s history is long and complicated. So several organizations and individuals have stepped in to help.

How Others Are Stepping Up To Help

Danita Estrella Watts is one person drawn to help this struggling community of people in Haiti. When she was 11, she visited the country on a mission trip with her father. Two and a half decades later, she moved to Haiti with only a $200 per month commitment from her church family. Something drew her to this country, and it became clear why one day. Sitting in a café, she watched street children line up to dig through the restaurant’s trash so they could have something to eat.

That day, she bought a young boy a meal. Moments later, she noticed a farmer beating that same boy for being in his way as he was herding his cattle. Normally quiet and shy, she confronted the man and demanded he free the boy. After the man threw the boy away from him, Danita picked him up and got him to safety. She knew that day what her call was—to help these children and show them God’s love.

Almost 20 years after that incident, her charity, Danita’s Children, is a home for over 80 orphaned Haitian children. She also runs a school for over 300 students and a church and pediatric medical center. The center provides medical care to Haiti’s northeast region and operates a feeding program providing more than 16,000 meals every month. Danita’s Children’s Mission Statement is, “We rescue, love, and care for orphans and impoverished children in Haiti, meeting their needs physically, emotionally, educationally, and spiritually so that they are empowered to become leaders in their communities and nation.”

The Children’s Medical Center, operated by Danita’s Children, sees over 8,000 patients in its 17,000 square foot facility every year. They are a full-service facility offering diagnosis through on-site lab and radiology equipment. They have an on-site pharmacy, and emergency medical care with an operating room opened in 2018. They also assist their communities through operating the Haiti Air Ambulance.

The stories of children assisted through the medical center are innumerable. Recently was the story of Baby Charles. He was born prematurely at 28 weeks and required specialized neonatal care to survive. He was only 1.8 pounds at birth. The center’s staff immediately started to provide him with top-of-the-line medical care to ensure he thrived after his arrival. After a month of care, he was discharged, almost doubling his body weight. He left the hospital with his mother, strong and a living miracle.

Baby Gracia is another miracle story from Children’s Medical Center. She was referred by a local hospital when Baby Gracia’s father noticed she wasn’t breathing well. When she arrived at the center, she was in severe septic shock and went in and out of consciousness. It was touch and go for the 13 days of treatment she received from the center. But, this was another happy ending as she left the center in her father’s arms, safe and healthy.

When the staff at the center isn’t busy saving lives, they are educating fellow Haitian medical workers. In February of this year, the center’s nursing staff hosted a team of visiting Haitian nurses. They taught them about malnutrition and how to run an outpatient program. The center’s head malnutrition nurse headed up the training. She taught best practices and how to put the outpatient program in place. Each nurse then took that knowledge back to their towns to help their local children.

How to Empower the Orphaned Children of Haiti

There are many success stories from the efforts of Danita’s Children. But, the organization could not help anyone without the generous and faithful partnerships they share with their donors. Each donation helps fulfill the mission of caring for the orphaned and impoverished children in Haiti. Through these efforts, children are led to Christ, learn to excel in school, and attend college. Through ongoing help, Danita’s Children can continue to make a significant impact on the lives of Haitian children.

You can save a child’s life through child sponsorship. With your donation of $35 each month, you will feed, clothe, and provide life-saving medical care and shelter to a child in need. That’s little more than a dollar a day but enough to change a child’s life in Haiti.

You can be assured that 100% of donations go towards Danita’s Children when you donate through Christian Life Missions.

Lives are restored through the provision of:

Our goal is to see transformation in Haiti by raising up the next generation of leaders in a Christ-centered environment.