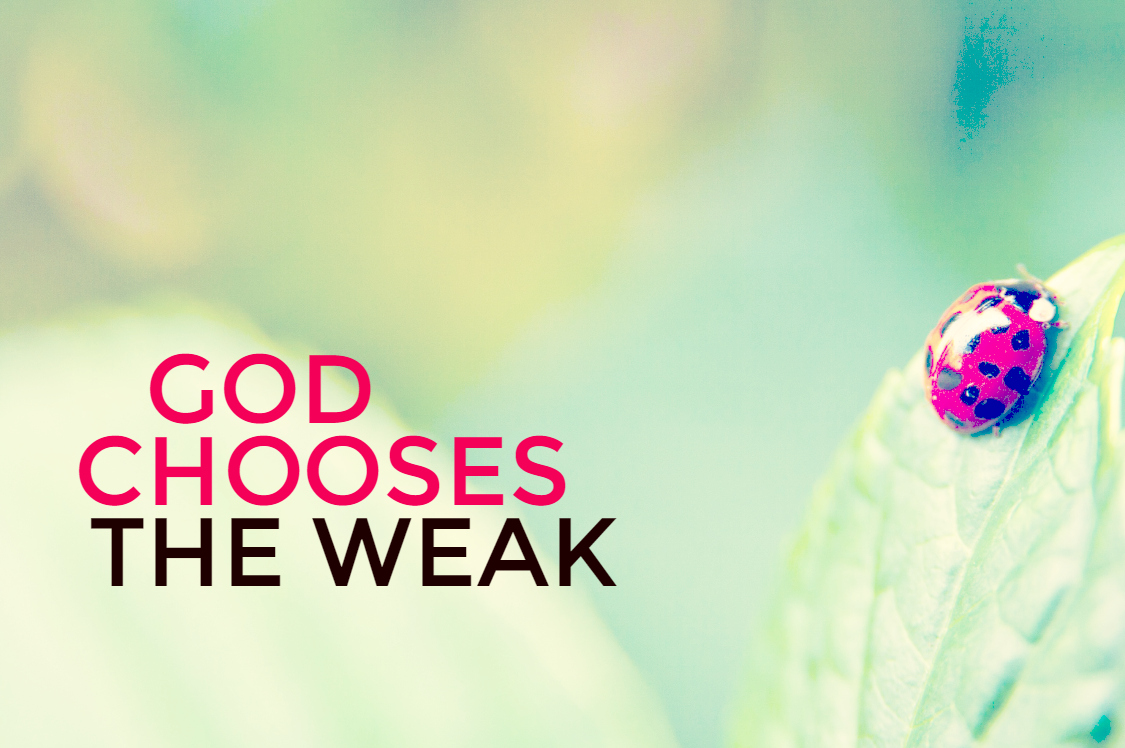 I recall the first time I came across the above scripture in my Bible reading as a teenager. My spirit leapt with hope. As a young Southern girl growing up in poverty, I felt hopeless when it came to moving on from my circumstances. While I felt in my heart I wanted to do something to change the world, I didn’t see how that could ever happen stuck in a little town of less than 600 people with my grandmother who didn’t even own or drive a car. I couldn’t even get out of town much less change the world. And being poor and in a little town were only two of the strikes against me.

And the strikes just kept coming. There was my personality, my hair color and my dialect. To my dismay, the blonde jokes were rampant at the time. While I sometimes can identify with them more than I’d like, it’s a whole different story to be assumed stupid before you even open your mouth. Unfortunately, opening my mouth was another strike. I was a shy introvert (yes they are two different things) who was scared to speak. I was scared to speak not so much because I was a stupid but because my dialect was a thick as thick could be – a long southern d-r-a-w-l – giving additional support to the stupid stereotype.

When I read this Scripture that God had called me, I realized that, I was like many others He had called. Not influential, not of noble birth, perceived foolish by the world – I was confident He was speaking to me. I was all those things! God could use me to change the world.

As I have studied scripture over the years and pursued my passion for women and leadership the portion of the passage that says “God chose the weak things of the world to shame the strong” rings loud and clear. God is choosing women of this world to change this world. After all, even scripture refers to women as the weaker sex. The statistics of the rising influence of women in America – in the workforce, in government, and in academia – is staggering. When you look at it there is no question that God is up to something. While our society would have us focus on the many ways that women are oppressed or held back, God is busy fighting our battles and giving us influence in unprecedented ways. It is not the forces ahead of us that are holding us back; it is our own personal responsibilities for growth and the forces behind us that are keeping us down.

As the founder for the National Association of Christian Women Leaders we have 3 distinct but connected missions: Unite Women – Grow Leaders – Fight Injustice. We believe that when we take responsibility to “move on, move up and move out” and become the leaders that God has called us to be, there will be no need to demand equal pay or equality in any regard for that matter. Rather than demand it we will command it by having developed self-respect, dignity and strong moral character.

Yet women growing into leaders isn’t all that is required to move forward. As the weaker sex we cannot have just a few women at the top lead and expect progress. The burden is too great to be carried alone. No, we must unite as women – we are better together. Women growing as leaders and uniting is still only two-thirds of the battle to move forward. We must consider the forces behind us as well.

What are those forces? It is our sisters from around the globe. It is women who are subject to sex trafficking, honor killings, and a long list of oppression. It is women who are denied an education. It is women who, for no error of their own, were born female and thus considered less valuable property to be used and discarded. When we unite as women, grow as leaders and reach back to fight the injustice of our fellow sisters then and only then can we become equal partners advancing the Kingdom of God.

It is to this end that I feel so honored to be a fellow contributor here on Christian Life Missions. Their focus on organizations like The Mordecai Project and many others that fight injustice against women (and injustice as a whole) makes it an exciting partnership. I am proud to support an organization poised with a mission from God to raise up the weak and reveal the strength of our Mighty God to the world.