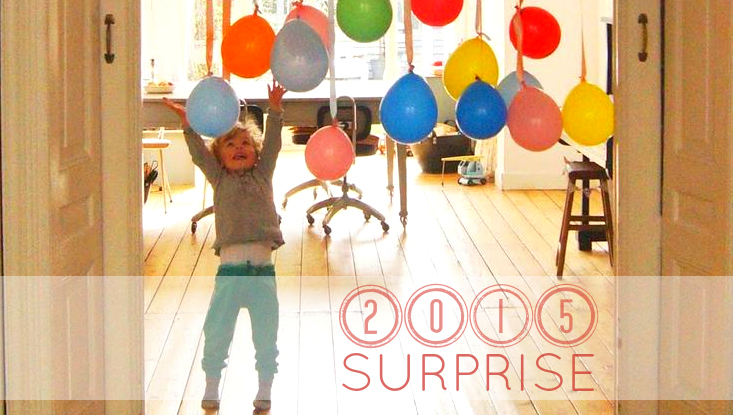 I so hungered for a word from the Lord for 2015. As 2014 was coming to a close, and I was reviewing all that took place, I fully realized what a challenging, yet at the same time rewarding year it had been. A Tale Of Two Cities came to mind; It was the best of times, it was the worst of times.

God, in His faithfulness, dropped the word “surprise” into my spirit.

Merrian-Webster’s Dictionary defines the word “surprise” as:
* an unexpected event, pieces of information
* an unexpected gift, a party
* the feeling caused by something that is unexpected or unusual
Full definition:
a. an attack made without warning
b. a taking unawares
c. something that surprises
d. the state of being surprised -astonished

As I pondered on this word, I felt a sense of peace come over me. By the spirit, I knew my Heavenly Father was going to share more with me regarding this word.

How sweet it is to have the Creator of the Universe share His secrets with us. And, the most wonderful thing is to realize that He actually enjoys it. I could almost sense Him smiling at me as He disclosed some of the things behind His word “surprise.”

This is what He shared with me.:

– Daughter, 2015 will be a year of “surprises”. The world will be “surprised” and many of my children will be also.
– The world will be taken by “surprise” and greatly shaken by events that are about to take place. They will find themselves with their hands on their heads in total and fearful bewilderment. Their “surprise” will turn to confusion and then anger.
– My people, those that truly have surrendered to My lordship:
a. Some, who have been waiting to see the visions the Lord placed in their hearts for years, will be “surprised” by the sudden turn of events that will propel them to fulfill and accomplish their mandates at lightning speed.
b. Others, who have given up and are full of discouragement, have put their dreams on a shelf, loosing hope they will ever come to pass, even doubting they were ever true, will be “surprised” when doors of opportunity start opening and God’s networking blessings cause them to hope again. They will bring down their dreams from the shelves, shake the dust of doubt and discouragement off them, and decide to go after what God had promised them with new faith and encouragement.
c. Those that have been believing for headings will be “surprised” as unexpectedly they are made whole.
d. “Surprises” will come in financial blessings, new job opportunities, salary increases, etc.
e. A special “surprise” in the gift of creativity. A sudden burst of new ideas, new songs, a new flow in the arts. They will almost physically feel this surge of His Spirit depositing seeds of the new in the creative realm.

I was rejoicing with all He was sharing and asked Him if He would give me a specific Scripture that would back up this word “surprises.” He clearly said: Daughter, have you read my Book? I was  taken back by this question and was about to respond, when He said, My Book is a Book of “surprises.”
When the children of Israel were standing before the Red Sea, an army right behind them ready to take them back to slavery, do you think they could have been “surprised” when I parted, suddenly, the waters? This was an impossibility in the natural! Could they have been “surprised” by the unexpected escape route that was right in front of them?

When Israel was marching around Jericho, in obedience to my instructions, were they “surprised” when the walls came down? They knew something was going to take place, but, did I “surprise” them?”

Again and again I have surprised My people. And, I will do it again in 2015.

I am so very excited to hear testimonies and stories of how our Father “surprises” His children this year. I am certainly expecting my own “surprises,” in Jesus name.

I invite you to journey with me through this powerful year -and let’s believe God for our unexpected “surprises.” Write me when you have been “surprised.”