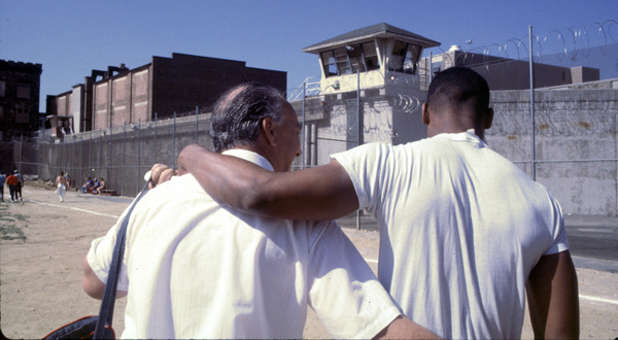 Not long ago, a letter from a reader, David Bradford of New Mexico, caught my attention. He wrote to say he has been sending a subscription to Charisma for years to a friend in prison in Huntsville, Texas. His friend is an on-fire Christian, leading Bible studies and growing in his faith while serving his debt to society for breaking some serious laws regarding business ethics.

“Your magazine not only goes to Bill but also is passed around to hundreds of inmates who are hungry for the light of the world,” David wrote. He went on to say that he and his wife continued to buy their subscription even though he had been laid off. He challenged me to send magazines to prisoners and offered to help.

I contacted David and told him we sent free subscriptions to many inmates but didn’t have an organized program. We get requests every week asking for free subscriptions. Of course, they have no money to pay, so we send them a subscription and have been doing that for years. Most of the letters we receive are simply asking for a free subscription, but sometimes we’ll get letters commenting on articles they’ve read or telling us about their lives. Some of them break your heart.

One such letter was from a man, also named David, who was incarcerated in Arkansas for 20 years for rape. He had been moved by reading an article from several years ago called “A Home for Stella” highlighting Stella’s House, a home in Moldova that rescues orphan girls from human trafficking. (Prisoners often comment on old articles because back issues of the magazine are circulated in prison for many years.) David said he was glad to read that teenage girls who age out of Moldova’s state-run orphanage system and are quickly trafficked as sex slaves are instead given hope and a home in a Christian environment.

“I am glad I am serving time because I hurt someone physically and mentally,” he wrote. “[It] has cost me my daughter and 20 years of my life. I don’t care that I’m doing time. I just want help too. Is there any help for me?”

It grieves me to think of the hopelessness men like David feel—especially around Father’s Day when few are remembered by their families—often because of the trail of broken lives these inmates have left.

We give subscriptions when asked. But we could do so much more by partnering with ministries like that of William Bumphus, who was featured on the cover of Charisma years ago. We supply William with books and magazines and help his prison outreach in other ways. His is an example of a ministry that can give us lists of names of many prisoners who would be blessed every month to get a copy of Charisma in the mail. Yet we know there are countless others we’re unaware of who would also love to receive the magazine.

That’s why we have now developed our Prison Outreach. With the help of readers like you, we can send thousands of Charisma subscriptions to prisoners.

But that’s not all. Prison chaplains also want Bibles and good Christian books. Since we publish Bibles and books, we are able to respond and have given away tens of thousands of dollars’ worth of Christian literature. But we can do much more if you help.

Your tax-deductible gift pays the basic cost for these books and Bibles. The cost varies based on which Bible you choose. For every $5 you send, we can give a subscription to Charisma, which covers printing and postage.

Our goal is to raise $10,000. Won’t you click here to help us help reach as many prisoners as possible?

You have assurance that 100 percent of your gift will go to our Prison Outreach. We will give the chaplains what they need for the inmates—subscriptions, Bibles or books—at our cost.

Recently, we’ve organized a network of prison ministries that will give us the names, addresses and inmate numbers of prisoners who want to read Charisma. To avoid contraband getting into facilities, prison regulations require magazines to be mailed through the U.S. Postal Service. That’s easy for us to do; we mail issues to people’s homes anyway. We simply need to know the recipient’s name—either from a request from the prisoner or from a chaplain. If there’s an inmate you wish to bless, please send us their information with your own information, and we’ll handle it as we would any gift subscription.

Jesus said, “As you have done it for one of the least of these brothers of Mine, you have done it for Me” (Matt. 25:40b). That includes those who are incarcerated. Isn’t this an investment in the lives of the prisoners Jesus asked us to visit? Think of how a single copy or a book or Bible could be passed around to inmates eager to read something from the outside world. What a witness!

Thank you for partnering with us on this important project by clicking here and giving generously as I have already done. You can also donate using your credit card by calling 407-333-7111, or by mailing a check to Christian Life Missions, Prison Outreach, 600 Rinehart RD. Lake Mary, FL 32746.