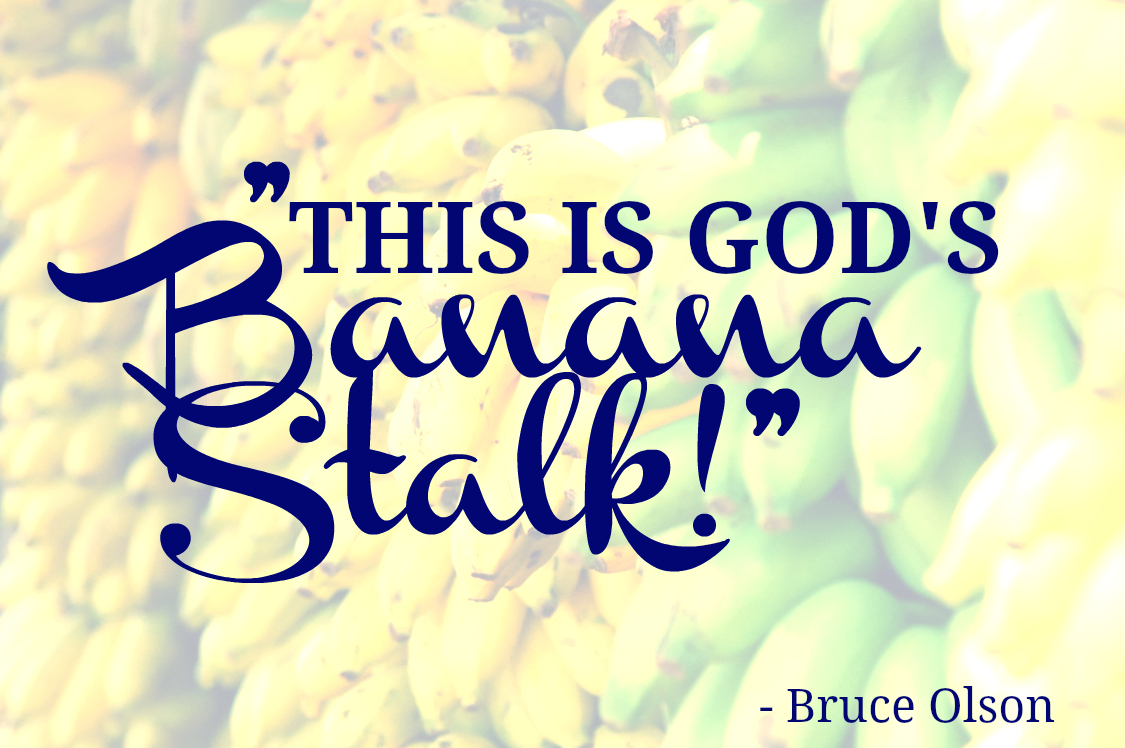 Until the 1960’s the Motilone Indians (known as a violent stone-age tribe) had little contact with the outside world. They believed in the existence of a single God, and that evil spirits existed in the world. But they believed that God had rejected them for deceiving Him. A man named Sacamaydodji had come to them claiming to be a prophet, saying that he could take them over the horizon to a better land. They left God and followed him, but eventually came to believe that Sacamaydodji had been a false prophet, and regretted walking away from God. Still, they had a prophecy that a tall man with yellow hair would come with a bananan stalk, and that God would come out of the banana stalk.

With much difficulty and after being shot with Motilone arrows, Olson began to live with the Motilone in 1962, learning their language and culture. For one thing, he discovered that the name “Motilone” was a Spanish name for the tribe, meaning “people of short hair.”The Motilone call themselves “Bari,” which means “people” in their tongue. As he grew more familiar with the tribe, Olson got the nickname Bruchko given to him by the Motilone . He began to see ways he could help them.

The Bari were subject to the ravages of diseases, to shortages in food supply during the rainy season, and to contacts with the outside world that threatened to destroy the Bari and their way of life.

Olson began his work by befriending the tribe’s medicine woman. Olson realized that for him to bring cures to the people would undermine the traditional authority structure in their culture. During an epidemic of pink eye, he watched the medicine woman chanting over the afflicted, asking God to heal them. Olson asked her about  the cure, and she sighed saying that she chanted, but God would not help them, since they had deceived God.

Olson went out of the house, and asked an old man afflicted with pink eye if he could touch the corners of his eyes. The Old man agreed, and Olson smeared some of the old man’s infected tears in to his own eyes. Olson quickly developed pink eye himself and went to the medicine woman for help. She chanted over him , but the pink eye was not cured. Olson gave her some antibiotic ointment, and asked her to apply the ointment to his eyes while she chanted a new chant- perhaps because he was an outsider the old chant didn’t work on him.

Within a few days the pink eye had cleared up. The medicine woman tried the new chant on others of the afflicted with no results. Then, she asked Olson for his “potion,” and sure enough, when she applied the antibiotic and the chant, the pink eye was eradicated. Her success elevated her status in the eyes of the tribe, and cemented Olson’s bond with her.

The Bible is God’s Banana Stalk!- A Prophecy Fulfilled

Within the tribe, Olson formed a pact with a young man named Bobarishora, becoming adoptive brothers together. The two worked together, visiting many Bari villages, and helping the medicine men & women establish health centers, following the same strategy of introducing change through the village’s existing authority structure rather than undermining it.

Initially, some of the Bari had wondered if Olson might be the tall man with yellow hair from the prophecy, but as he did not carry a banana stalk, they soon abandoned that belief. One day in 1956, Olson’s pact-brother Bobarishora cut open a banana stalk, and the leaves inside splayed out like the pages of a book. Olson pointed to his Bible and said, “This is God’s banana stalk!