Planned Parenthood is Not Your Cute Pet Pig 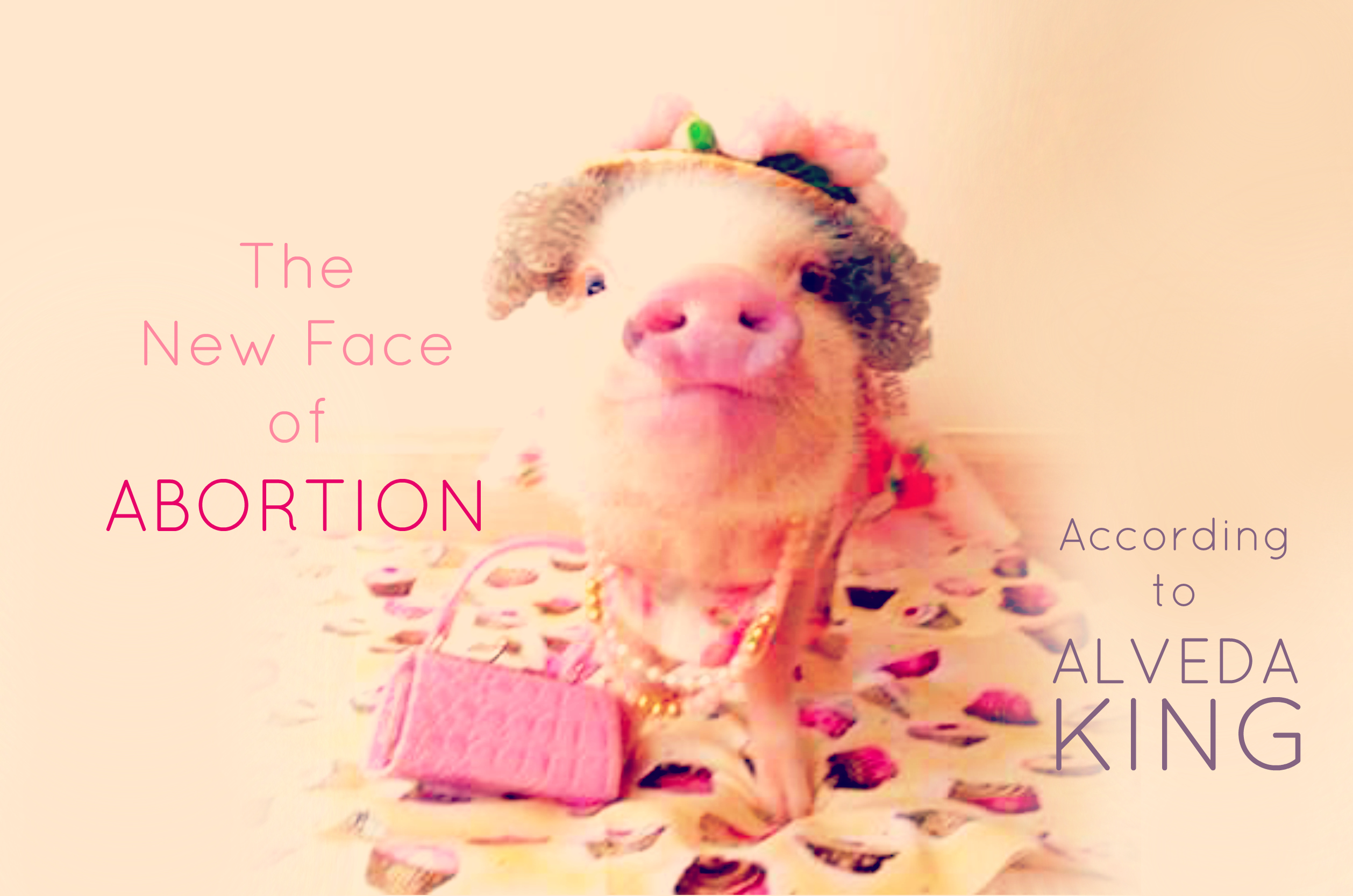 Planned Parenthood is not your cute pet pig….. “Abortion. Yeah, we do that.” No matter how you dress up a pig, in the end, it is still just a pig. Strip away the fancy flowery hat, the cute dress, the jewelry and the pretty pink purse and what do you have left? Just a cute pig.

So it is with abortion.

Abortion, as described by Dr. Bernard Nathanson, ex-abortion provider, is nothing more than the taking of a life, a small developing baby; a baby that is alive and growing in his/her mother’s womb. Call it what you will, “choice,” “health care,” “compassion for a rape victim,” or “compassion for a baby with disabilities,” abortion is still the taking of a human life. And abortion can never cure the crimes of rape, incest and human trafficking; only compound this and other problems. Inherently we know this and that’s why there is so much shame, dismay and guilt associated with having an abortion. That’s why so many people have an abortion and then keep it a secret from even their closest family members and friends.

The Washington Post reports of yet another example of the abortion supporters’ attempt to de-stigmatize abortion. Melissa S. Grant and Christopher Purdy have opened up an abortion-pill clinic that supposedly has a “spa-like” feel to it. As the article states. “The campaign comes as the abortion rights movement is struggling politically. Since 2010, states have enacted more than 200 laws restricting the procedure, and dozens of clinics have closed their doors. Groups on both sides agree that antiabortion activists have the momentum, with a simpler message — “abortion kills” — and a gut-level emotional appeal.” The reason the pro-life movement has such great momentum is because, as the report rightly states, “”Most people in this country do not think abortion is a good thing on its face, even if they deeply believe it should be legal,” said Lanae Erickson Hatalsky, director of social policy and politics for Third Way, a center-left think tank.”

And why is it that most people do not think that abortion is a good thing? Maybe it’s because most people are basically compassionate and they know that abortion IS the killing of a human life and they know in the core of their being that it’s wrong. The abortion clan added this: “Because of the success of the pro-life movement with the enacting of over 200 laws being enacted in states all across America since 2010 and the closing of dozens of clinics the abortion industry is frantically scrambling to change the face of abortion.” Over the last several years we have seen all kinds of dressing up of abortion in various ways from door-to-door campaigns to a video of a young Emily Letts filming her abortion. Well, actually she doesn’t film her abortion. She supposedly films herself having an abortion. Had she actually filmed the abortion itself, the discussion would have been much different. Dr. Nathanson describes an actual abortion in all its graphic details. No dressing up, no spin, just the bare truth. (Actual abortion video: EXTREMELY GRAPHIC)

So why do abortion advocates try so desperately hard to dress up abortion and try to make it more palatable?

The more abortions they can sell the more money they make. According to Planned Parenthood’s Annual Report 2012-2013, the largest provider of abortions in the U.S., the organization had a total revenue of $1.21 billion of which $540.6 million was provided by taxpayer-funded government health service grants. Why all the dressing up, the rhetoric and the spin? Because without dressing up the truth, abortion would be exposed and no one would buy it. Abortion stinks. It’s a faulty product that only serves to kill a defenseless human life and hurt, sometimes even kill, the mother. Abortion has been linked to increased risk of breast cancer, cervical cancer, depression, suicidal ideation and attempts, increased promiscuity, increased alcohol and drug abuse, relational problems. Women have even been killed during abortion procedures. A list of women who have been killed by abortion is published at Priests for Life. This list is certainly not exhaustive since many complications from abortion are reported under other medical conditions since the women are ashamed to tell their doctors that they have had an abortion.

Abortion doesn’t just affect the baby and the mother. Abortion reaches deep into the fabric of society affecting the mothers, fathers, siblings, grandparents, families, friends, neighbors, pro-life activists, abortion workers, and even the abortionists. Its effects can only be described as a shockwave of destruction. So, try as they may, no matter how much makeup or spin they put on it, abortion is still and always will be plain and simply the killing of a defenseless and innocent human life.

So, Planned Parenthood and all abortion supporters, you may be able to fool some people into thinking that you’re not a pig with your fancy dress, your nice jewelry, &  your pretty purse, but no matter how you dress up, most of us know that under the facade, the sow’s ears are still there.