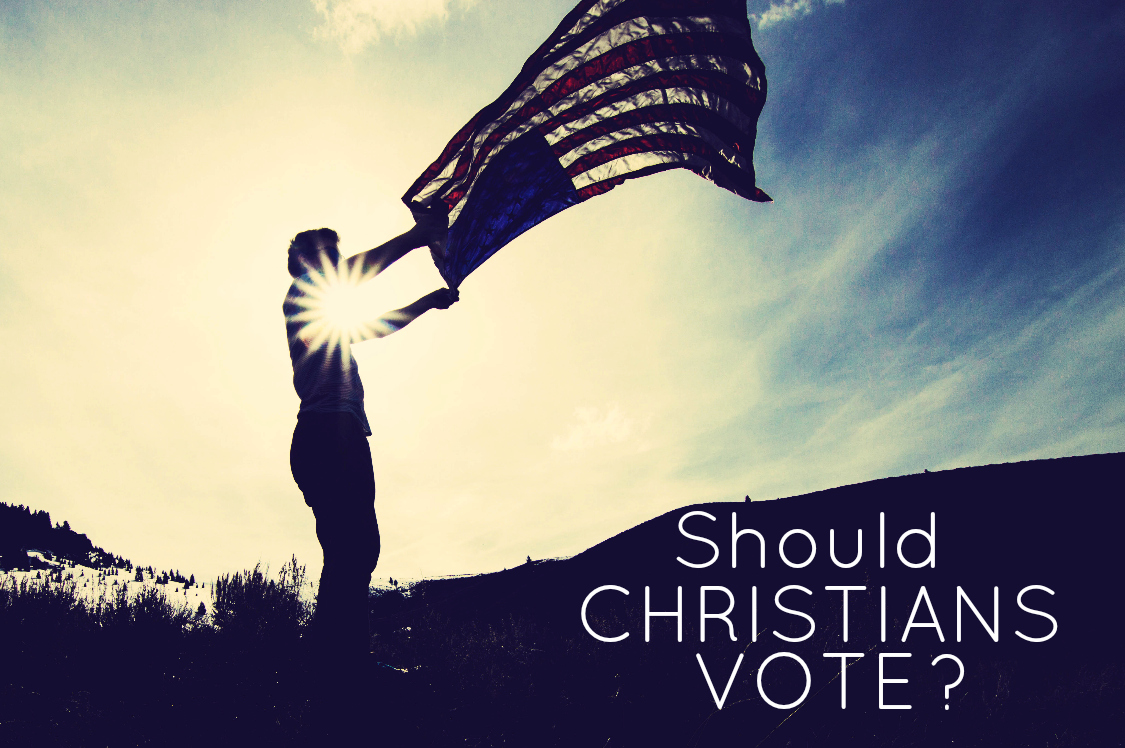 Should believers take part in the politics of this world, including elections? What does the Bible say about voting in elections? Nothing specifically. Let’s remember that in the times of Jesus the Jews were under Roman rule and they were not Roman citizens. Therefore they were not permitted to vote. In fact, more Roman citizens couldn’t either. Only the very wealthy were allowed to vote. But we can see that in Acts 6:1-5 that an “election” of sorts did take place.

“Now at this time while the disciples were increasing in number, a complaint arose on the part of the Hellenistic Jews against the native Hebrews, because their widows were being overlooked in the daily serving of food. And the 12 summoned the congregation of the disciples and said, ‘It is not desirable for us to neglect the word of God in order to serve tables. But select from among you, brethren, seven men of good reputation, full of the Spirit and of wisdom, whom we may put in charge of this task. But we will devote ourselves to prayer, and to the ministry of the word.’ And the statement found approval with the whole congregation; and they chose Stephen, a man full of faith and of the Holy Spirit, and Philip, Prochorus, Nicanor, Timon, Parmenas and Nicolas, a proselyte from Antioch.” (NASB77)

Today, you would have to question the “good” reputation of many in office and more importantly whether they are even men and women who are “full of the spirit.” In the elections of 2012, Billy Graham began a campaign, “Vote Biblical Values,” in which he encouraged to vote for candidates that espoused biblical values and morality, “men/women full of the spirit.” So it should be for this election cycle and all elections as well.

It seems that our nation and the whole world is getting further away from God and his teachings. And we are paying for our sins. It’s evident in current events. ISIS, Iran, Russia invading other countries, beheading’s of prisoners of various nations, and even a beheading in America.
A couple of quotes from Mother Teresa are appropriate for our discussion. She said: “The greatest destroyer of peace is abortion because if a mother can kill her own child, what is left for me to kill you and you to kill me? There is nothing between.” Abortion breaks the most sacred bond, the bond between a mother and her baby, and reduces the sanctity of life to someone’s “choice.” If we are willing to accept abortion then how can we be surprised when one person makes the “choice” that your life must end because you don’t believe what they believe?

She also said, “If we accept that a mother can kill her own child, how can we tell other people not to kill each other? Any country that accepts abortion is not teaching its people to love, rather, to use violence to get what they want.” Isn’t that what ISIS is doing? What Russia is doing? What Alton Nolen did? Accepting violence over regarding the sanctity of life. We can help shift our world towards a culture of life by voting co those who regard the sanctity of life. What would God have us learn regarding the electorate process? The heart of God is expressed in the Bible as to his concern for government leaders and leadership by telling us as Christians that we should pray in this vein when we look at the admonition in the following verses: “I exhort therefore, that, first of all, supplications, prayers, intercessions, and giving of thanks, be made for all men; For kings, and for all that are in authority; that we may lead a quiet and peaceable life in all godliness and honesty. For this is good and acceptable in the sight of God our Saviour; Who will have all men to be saved, and to come unto the knowledge of the truth.” 1 Timothy 2:1-4

It is our duty as Christians and as citizens to participate in the elections. With our vote, we can elect godly men that will make laws that conform to biblical values.Not all are called to be political servants. The majority of us will never hold office but we have an important role to play. We must begin with prayer and discernment. We must educate ourselves on the stances of the candidates and vote accordingly.