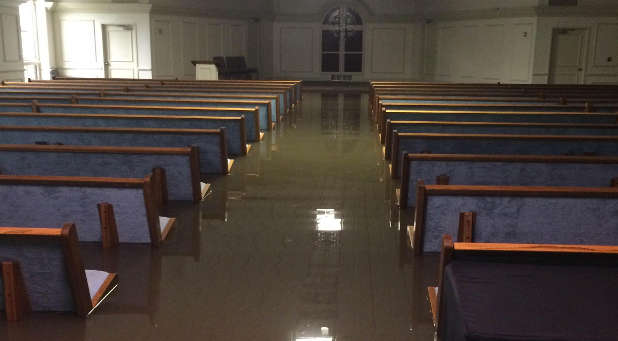 Last weekend, a tropical depression sat over Baton Rouge, Louisiana, dumping more than 31 inches of rain in 15 hours, according to some reports, in a flat area already prone to flooding.

Larry Stockstill, who pastored Bethany Church for 28 years before handing the reins over to his son, Jonathan, in 2011, says, “this is unbelievable devastation to the body of Christ.” Already, churches are responding. The Church of the Highlands in Birmingham, Alabama, sent 100 volunteers to help with both immediate needs for repairs and longer-term rehabilitation.

Stockstill is reaching out to let the need be known, and I interviewed him on a podcast where you can hear him describe how more than 40,000 homes have been destroyed. He told me, “I’ve never seen anything like it.” You can hear the podcast below.

This is an opportunity for the body of Christ all over America to respond. The Bible tells us to do unto others as we would have them do unto us.

There are two ways to respond. The first is directly to Stockstill’s ministry at Bethany.com. There is a place to give and also to volunteer.

The other way is to give through christianlifemissions.com. This is where we have raised millions of dollars over the years from readers like you. We will quickly send 100 percent of the money that comes in to Stockstill’s church. I am giving personally, as well as my organization, and I encourage you to give something and, if you can, to volunteer.

I’ve known Larry Stockstill for years. He and his ministry carry the utmost integrity. The ministry is taking half of what comes in to rebuild its own north campus, which is a 6,000-seat auditorium under four feet of water. It is giving the other half to other churches and also to a list of widows who basically have no one to take care of them.

Normally in this situation, the government steps in and insurance covers some of the damage. But there are areas in Baton Rouge that are not in the flood plane and many churches do not have flood insurance, as Larry explained to me in the podcast, because they didn’t feel it was necessary.