Steven Halford Has a Passion For Evangelism 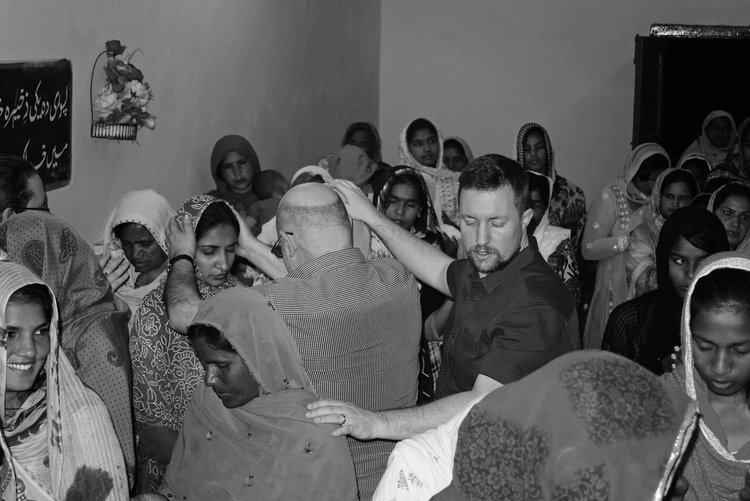 Serving as a church leader in many capacities since 1996, he has a strong belief in the power of the local church.

He describes the local church as “a type of aircraft carrier which sends out its soldiers into the mission field and then receives them again in order to be refueled whilst hearing the stories of their adventures.”

Steven has spent his fair share of time in the mission field himself. He has preached the gospel on five continents. He expresses how he is always amazed by God’s willingness to do what seems impossible.

How Steven Came to Know Christ

Steven did not grow up in a Christian home. He was raised on England’s south coast, born to his mother, who was a bar-maid, and his father, a Royal Navy sailor.

He said that “a chain of events caused me to seek answers to this life and the life to come, and I was introduced to Jesus.”

His salvation came at age 17. He felt different when he woke up the next day after accepting Christ.

He started to feel the healing of a difficult childhood. At first, he dabbled between the two worlds of partying and reading his bible.

Then one night at 19, he heard God’s voice for the first time. He was outside a nightclub where he was hanging out with his friends. The voice said, “Son, leave this place and don’t ever come back.”

That was a turning point for Steven in his Christian life.

His life’s journey has led him to focus on pastoring pastors. He stumbled upon this ministry focus by accident through his own experiences as a pastor.

After a short time working in the ministry as a young man, he noticed that pastoring can be lonely. Sure, pastors are very busy on the weekends. But unless they are deliberate in what they do with their weekdays, he found it isolating.

Being surrounded by others yet feeling alone is a point of potential trouble.

When Steven felt this isolation, he looked for connections with others. What he found himself doing was hearing a lot of stories and issues. They either needed a listening ear or a solution.

He saw spiritual abuse and church politics. So he developed a level of compassion and understanding for pastors. This is the path that’s led to his ministry.

He has a passion for supporting local churches and leading pastors. He also mentors upcoming generations of church planters.

Steven is not a stranger to suffering himself. He has a daughter that lives with a life-threatening and incurable disease.

He knows firsthand the challenge of balancing the hard things and the good things. The tough things we experience in this life with God’s promises for us in the afterlife.

With this mindset, he spreads the message of the gospel to people around the world.

He is now working in partnership with the Orlando House of Prayer through his ministry. He is ordained by the Forerunner Messenger Alliance.

In spring 2021, he preached to a church in Pakistan and was a speaker at a conference in Nigeria.

He also had the opportunity to preach in the United Kingdom. He met with leaders about future evangelism plans and planting churches.

While there, he baptized new believers and shored up his relationships. This fueled his passion for planting churches and giving believers a home church as a base.

Steven Halford Ministries isn’t about putting on showy events. Instead, he is going under the radar to reach people worldwide.

His passion is to bring great revival to places like Nigeria before they get radicalized. This is one example of Steven addressing the issues of our current times through the power of the gospel to local churches.

He has partnered with other ministries like Christian Life Missions to bring the name of Jesus to all nations. Contributions to Steven Halford Ministries will allow Steven to continue his journey of bringing the gospel to all who need to hear it.